Boxing Basics: Which Stance Should You Choose?

HomeBoxing Tips Boxing Basics: Which Stance Should You Choose?

Boxing Stance Tips: Which Stance Should You Choose?

In this boxing stance tips guide, our team will give you answers to common questions regarding which side you should choose for your boxing, Muay Thai, & other combat sports. 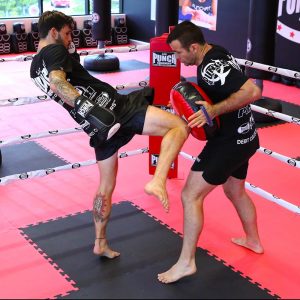 What is a boxing/fighting stance?

A “stance” in combat sports is essentially the foundation or body placement in martial arts, without it, there is no possibility of progression.

In any combat sports, the stance is fundamentally important to every aspect of training.
The same way a solid foundation holds up a house, or strong roots hold up a large tree, the same can be said for martial arts students & fighters.
Stance affects your balance, technique, power, speed, defense, range, & so much more!
Before honing your skills within your chosen stance, understanding which foot you place in the lead & rear is step one.
While training both sides will be extremely beneficial in the future, figuring out which side is most comfortable should be your first consideration.

Which side is which?

How do you choose?

Our team finds that approx. 9 students out of 10 will choose their stance based on which hand they write with, for example:
Orthodox – Right-handed.
Southpaw – Left-handed.

We find that choosing your stance by using this method is the fastest & easiest to utilise. 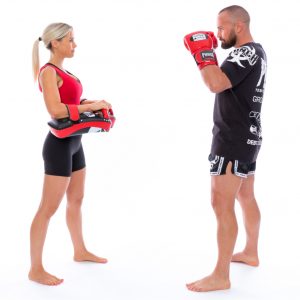 What if that isn’t working?

The above guide is just that,
If you don’t feel comfortable using the method above, feel free to use both, test & review which side is a more suitable & comfortable fit.
If that is still difficult, we recommend placing your stronger side at the back, why?
The rear side of the body can generate more power and torque from your back foot with many techniques such as the cross, uppercut, round kick, knee, etc.
Placing the stronger side behind will amplify this and benefit your strikes even more.

While there are great examples of champions in combat sport who are orthodox, such as Muhammad Ali, Floyd Mayweather, Mike Tyson, Tyson Fury, Deontay Wilder, Roy Jones Jr, Canelo Alverez, GGG, the list goes on!

You could assume that orthodox fighters are better, right?

What about the southpaw champions? such as Manny Pacquiao, Oscar De La Hoya, Vasyl Lomachenko, Marvin Hagler, Gorgio Petrosyan, Conor McGregor, Saenchai, etc?
Maybe the answer could be in the numbers!

It’s noticed that as of 2020, 21% of fights in the UFC involve a southpaw, using these numbers may find that every 4 of 5 training partners will be orthodox.
These numbers can give the assumption that southpaws may have an advantage, why?
As more partners will typically be orthodox, training and exploiting them is going to be more common.
As finding a southpaw will be less common, will make it harder to understand their weaknesses & exploits.
Regardless of the above, this is all based on basic statistics & assumptions only.

We hope this guide has helped you understand which stance is more suitable to your needs!
If you have any questions regarding the above,
Please chat with us via our chat app!

Boxing Techniques
October 8, 2020 Boxing Tips
<< Boxing For Women: A Complete Beginners Guide
How To Wrap Your Hands: Step By Step >>