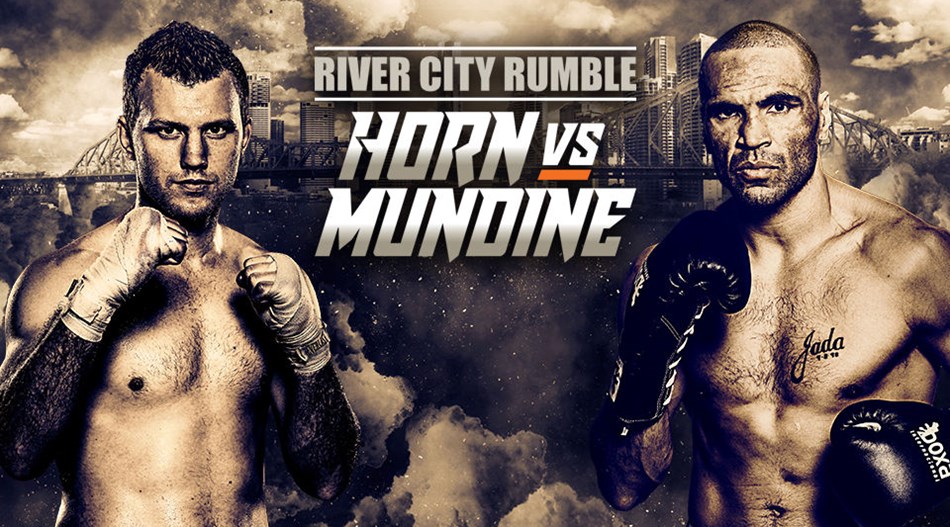 On Friday 30th November 2018, former WBC middleweight champion Jeff Horn will take on Anthony Mundine in one of the most anticipated Australian boxing fights in history. The fight will take place at Suncorp Stadium and has been billed as the “River City Rumble”.

Punch Equipment is proud to be a sponsor of the event!

Jeff Horn has fond memories of Suncorp Stadium after an incredible win over Manny Pacquiao in 2017. That fight attracted 51,000 fans, breaking the record for the largest crowd in Australian boxing history. So promoters will be looking for similar numbers when these fighters battle on November 30.

The Hornet is coming off the first loss of his career against Terence Crawford in the USA in June this year. He lasted 9 rounds and lost by TKO, which saw him lose the WBO welterweight title. His last fight in Australia was a tough battle against Englishman Gary Corcoran as he won by TKO in the 11th round. The fight was also in his hometown of Brisbane and his undefeated record at home is going to be a tough challenge for Mundine.

This is Mundine’s first fight since early this year when he beat Tommy Browne at the Star City Casino in Sydney. The win moved his career record to 48-8 and he’ll be keen for number 49 against Horn. This is arguably his biggest fight (no disrespect to Browne) since taking on Danny Green at the Adelaide Oval in February last year where Green won via a majority decision. At 43 years old, could this be Mundine’s last chance to take down Horn? We’ll have to wait and see.

Tickets are now on sale at Ticketek.