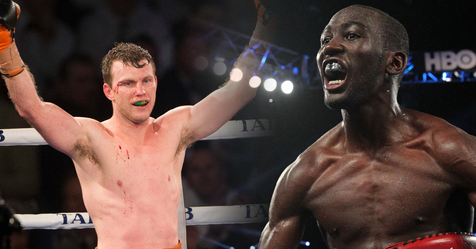 After Crawford injured his hand during training, the anticipated fight between Horn and Crawford will be delayed.

Jeff Horn v Terence Crawford now postponed until “late May or early June.. in Las Vegas” due to Crawford suffering a “right hand injury.” Notably Crawford’s side had never confirmed the fight.. #boxing

The fight was originally set for April 14 in Las Vegas but Crawford’s injury will see the date changed. It’s expected to be set in May and the exact date will be announced soon.

It’s a slight setback for Horn who will be fighting for the first time overseas. But the extra time should give him more confidence against Crawford.

Terence Crawford has dominated in his boxing career so far with a 32-0 record. Which includes 23 wins via knockout. He last fought in August 2017 against Julius Indongo and won via KO in the 3rd round.

While for Horn, he’s coming off a very successful 2017. In July, he won via decision against Pacquiao at Suncorp Stadium. As a result, he won the WBO welterweight title. He then defended his title in December when he beat Englishman Gary Corcoran in an 11th round TKO. So he will be defending his title once again this time against Crawford.

This should be an epic matchup with both boxers in great form.