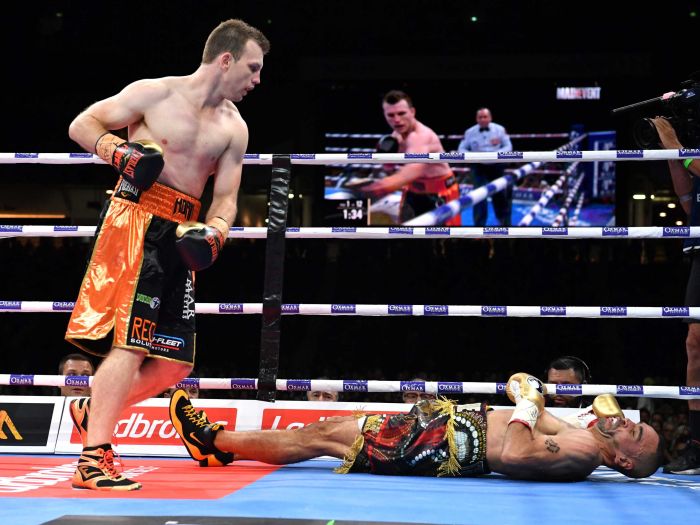 Punch Equipment was proud to sponsor the event with our Trophy Getters® Lace Up Boxing Gloves on display during the undercard fights. These gloves are perfect for Competition fighting and Amateur Fight shows. 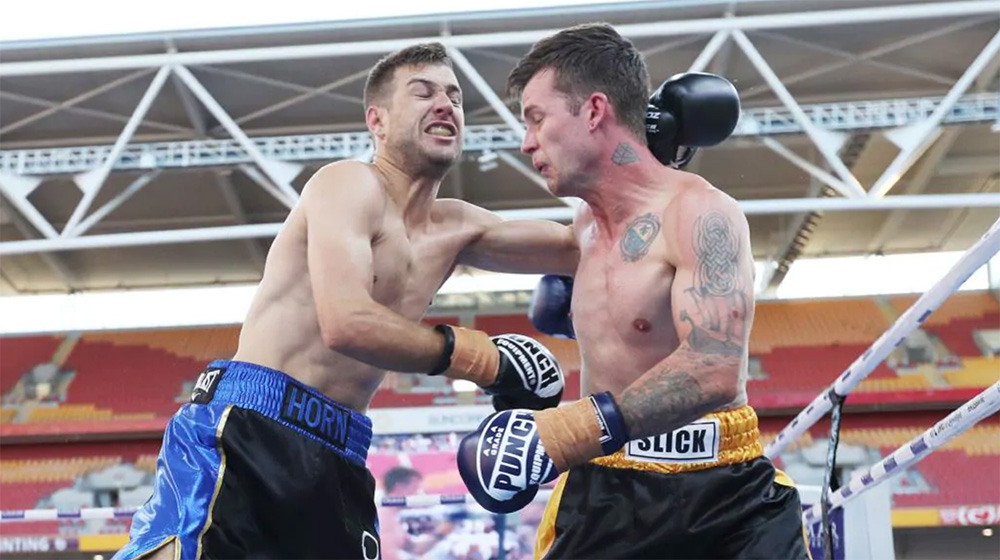 Townsville boxer Lachlan O’Shea has revealed he was battling more than just his opponent as he launched his professional career with a bang at Suncorp Stadium on Friday night.O’Shea scored a sensational fourth-round knockout win over Ben Horn — the younger. 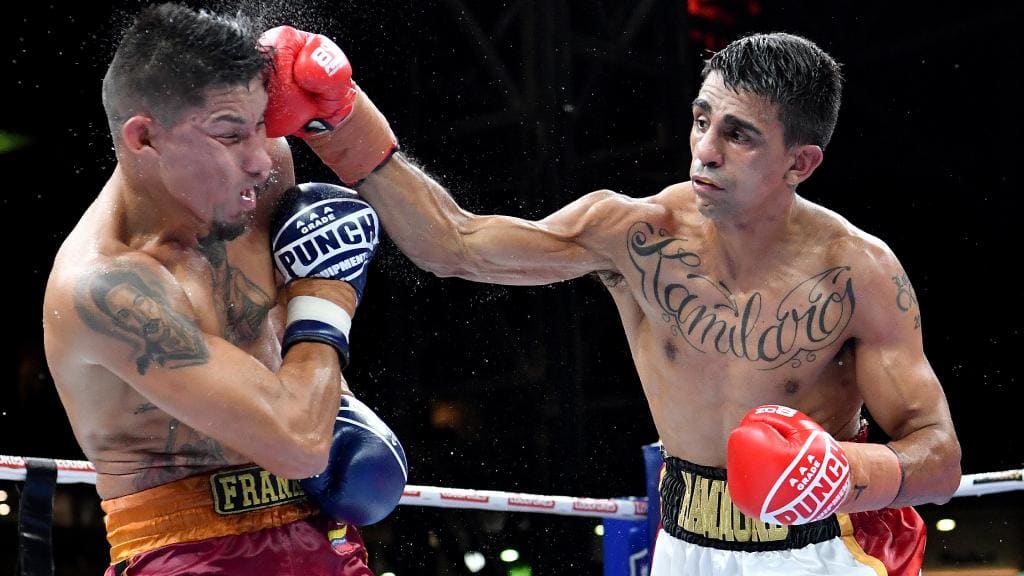 The WBA Oceania Welterweight title fight saw Cameron Hammond take on Venezuelan Frank Rojas. In the end, Rojas was no match for Hammond as “The Hammer” put on a clinic to claim the title. 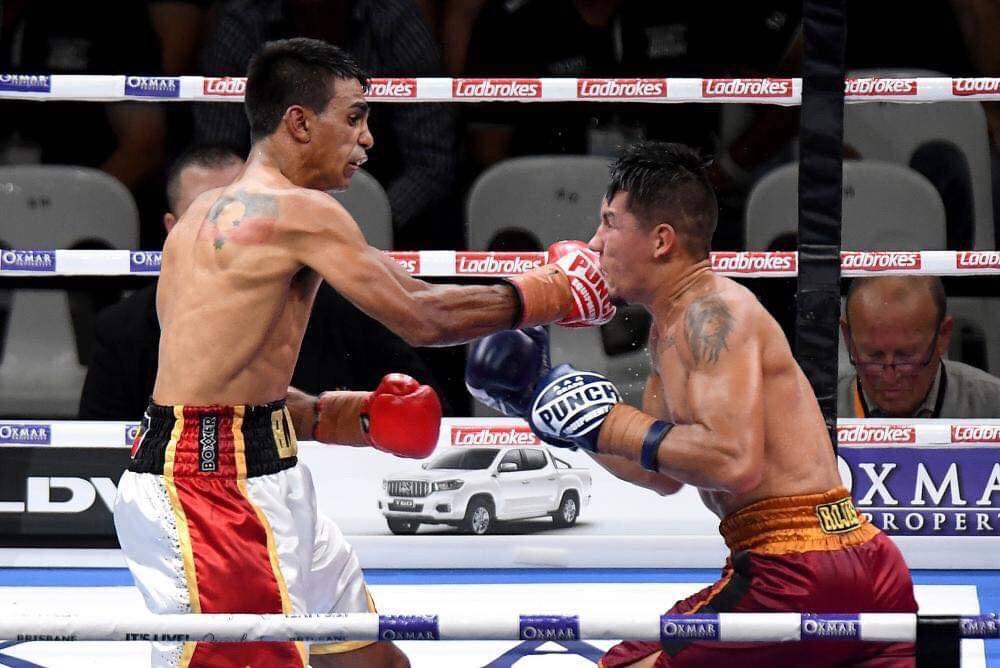 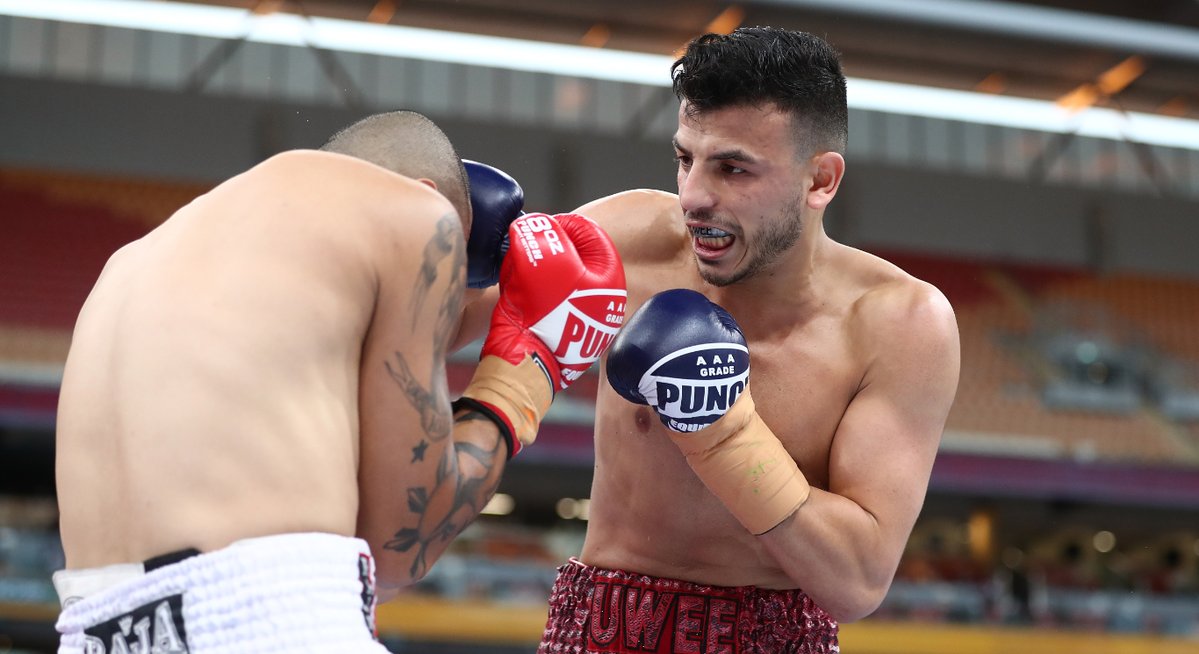 The Super Lightweight title went to Youssef Dib as he defeated Mark Ramierz. 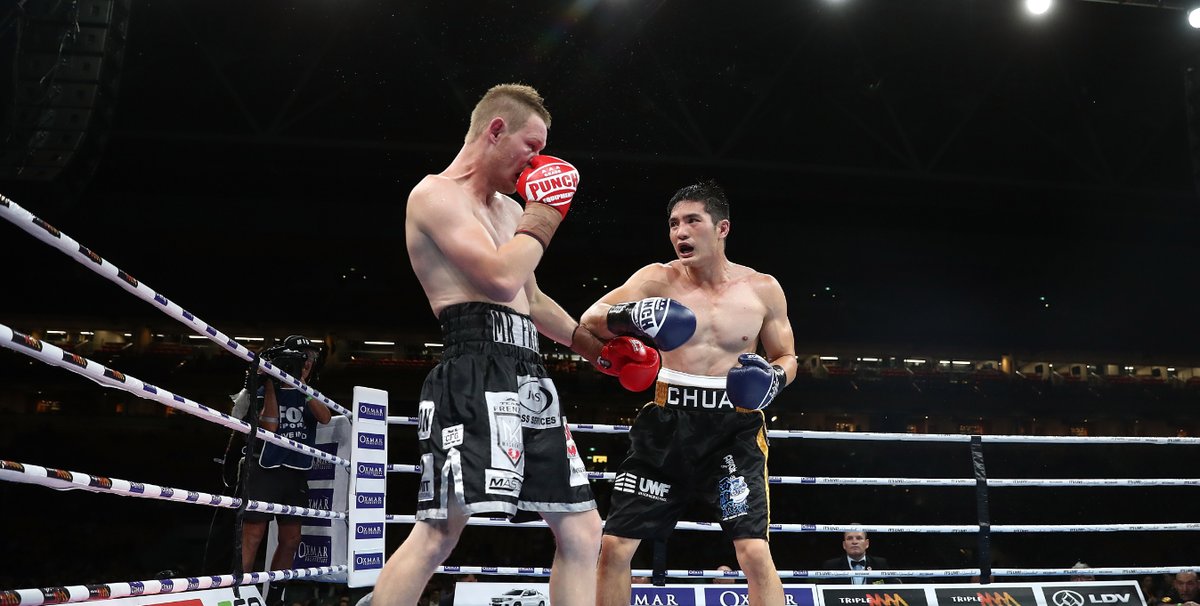 Tipped to struggle against Kye Mackenzie, Francis Chua overcame the odds to win the Lightweight title on the night. He won via a split decision and proved there’s always a fighter’s chance no matter the odds.