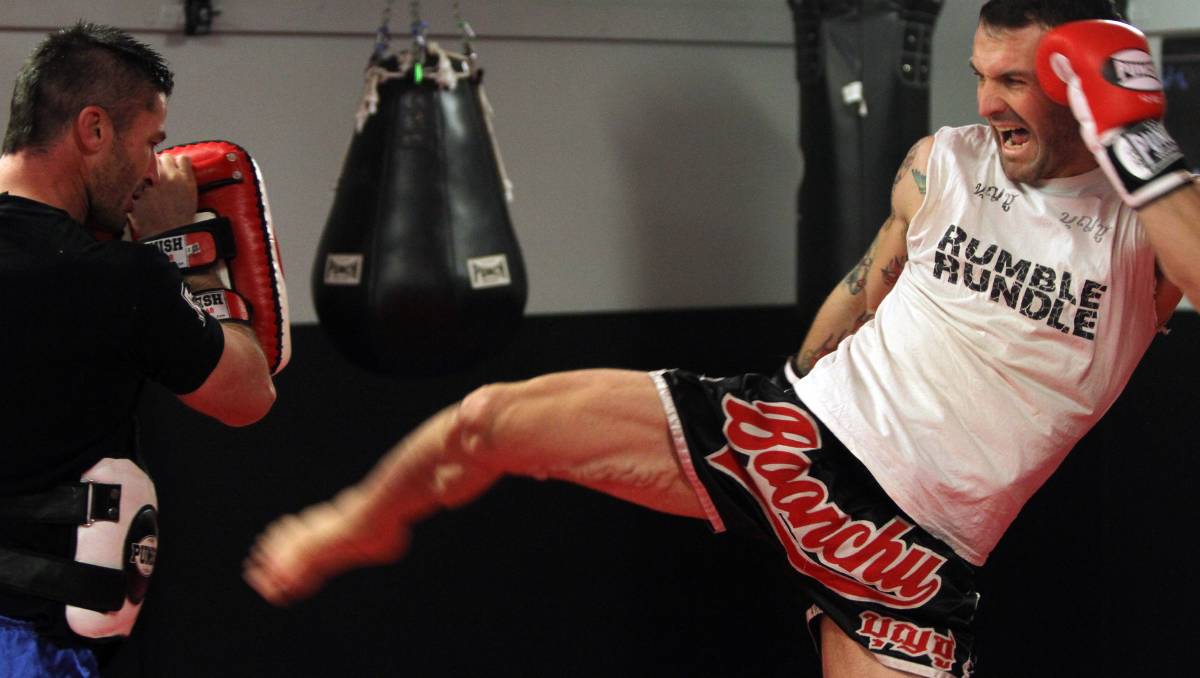 When Rundle puts on those boxing gloves – watch out!
Working in a bakery is a less than ideal situation this week for Devonport Muay Thai fighter Nick Rundle, who has to drop weight in preparation for an interstate contest on Friday night.
“I work full-time in a bakery so I’m surrounded by delicious food all day” Rundle said with a laugh. I have to get down to 83 kilograms as I’m in the light heavyweight category, and I’m three kilograms over at the moment”.
The 28-year-old who won the WKBF Australian cruiserweight title earlier in the year, said this fight, against Geelong’s Chris Bradford in Sunshine, west of Melbourne, was his biggest yet.
Rundle said Bradford, the Commonwealth Champion, was trying to earn himself another shot at a world title after a failed attempt last year.
“He wanted a rematch but they said he needed more fights under his belt first, so this will be his last fight before that if he beats me” he said. “If I win, I will be asking for that opportunity (of a world title fight down the track) and will push it.
Rundle flies to Melbourne Thursday morning with a weigh-in to be held that night, in preparation for Friday’s event which will see five, three-minute rounds. Muay Thai is best described as Thai variation of kickboxing, where competitors can use kicks, punches, knees and elbows.